Do You Still Need An Architect If You Hire A Structural Engineer?

A source of confusion for some who are about to start a construction or remodeling process is the difference between a structural engineer and an architect. Because these two professionals work with building design, it can be difficult to know exactly when you need one or both, when you're new to planning remodels and new builds. A difference does exist between the two, and there are times when you'll need only one and times when you'll need both on the project.

The Size of the Project

The size of the project often determines whether you need just an architect, just an engineer, or both. A large new build, where you're creating an entirely new structure, often requires both professionals: one to create the basic design and aesthetics and the other to work on the strength and durability and to ensure the construction does not cut corners that could affect qualities like general safety or seismic safety. A small project, like remodeling the inside of an office in which you're not tearing out anything that is load-bearing, might not need an engineer.

Appearance vs. Strength and Code Compliance

The previous section mentioned one professional working on design and the other on strength, and this is a key difference between the professions and why you might need both working on a project. If you've hired an architect to design your new complex, you'll still need a structural engineer to work on ensuring the actual construction is done according to code and that the structure is stable and safe. So, it's great that you got an architect working on plans early, but now you need to have a structural engineering firm look at the plans and ensure the specifics are in line with local, state, and federal safety guidelines. The architect likely has included these in the plans, but the engineer works on the execution of the plans.

Finally, where you're starting with the project also influences who you hire. If you already have plans — say, you're building another outbuilding on your commercial property using the same plans you used for other buildings — you wouldn't need an architect. But you would need a structural engineer to oversee the construction and ensure the plans meet any updated codes.

Structural engineers can guide you through the building process to ensure you don't forget anything. By making your new construction as strong as possible, with the help of engineers, you keep your workers safe. 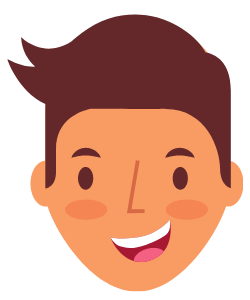